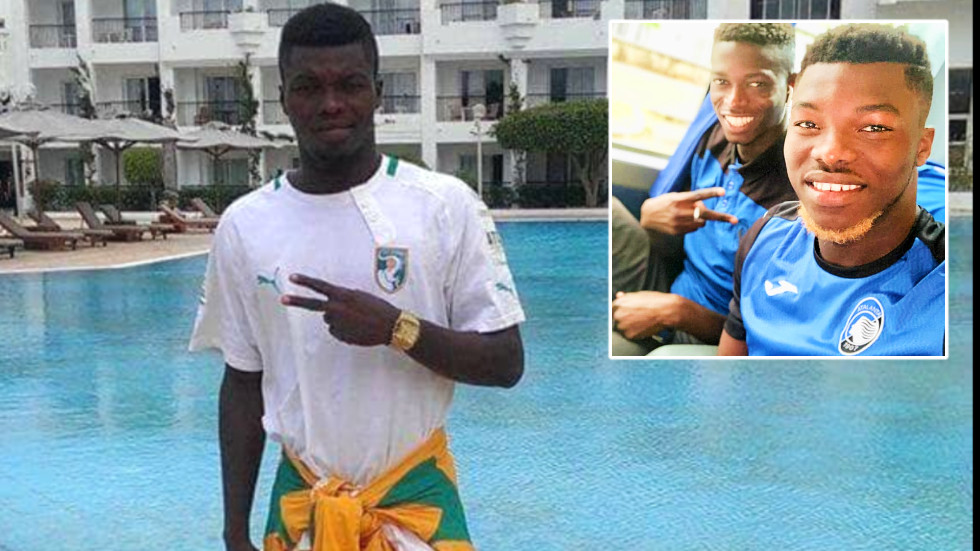 Willy Braciano, a highly promising youth prospect who had been at Champions League contenders Atalanta and represented the Ivory Coast, has died at the age of 21 after a year-long battle with liver cancer, according to reports.

Defensive midfielder Braciano was forced to curtail his career as he battled cancer, with well-wishers inundating his social media posts with messages after he took time out of the game.

Koaci said that the youngster had died in Italy on Tuesday, describing the youngster as a “great hope of Ivorian football” and adding: “Fate is often cruel.”

As a teenager, Braciano captained his country at the Francophone Games when they were held in his homeland for the first time in 2017.

We are saddened to bring the news that Ivory Coast & Atalanta midfielder Willy Braciano Ta Bi passed away this morning aged 21.Our thoughts & prayer go out to Willy’s friends & family during this difficult time. pic.twitter.com/geMjBSwKFU

Then a rising star at Ivory Coast giants ASEC Mimosas, Braciano scored in the group stage as his country finished top of the table before successfully converting from the spot in a narrow penalty shootout defeat against Morocco in the final.

That experience stood Braciano in good stead for a switch to Atalanta, who play Real Madrid in the Champions League tonight, as a 19-year-old.

He shared photos of himself taking part in youth matches at the Italian top-flight club and had a brief loan spell at Serie B side Pescara as he began to flourish in Europe.

After he was diagnosed with cancer, SuperSport reported that Braciano had lost the use of his legs before his family attempted to raise funds to pay for treatment.

Former Ligue 1 top scorer Roger Boli had been among those to show their support for Braciano on his Facebook page.

“Rest in peace,” wrote an account linked to Africa Cup of Nations champions Algeria after leaning of Braciano’s passing. “Gone way too young.”