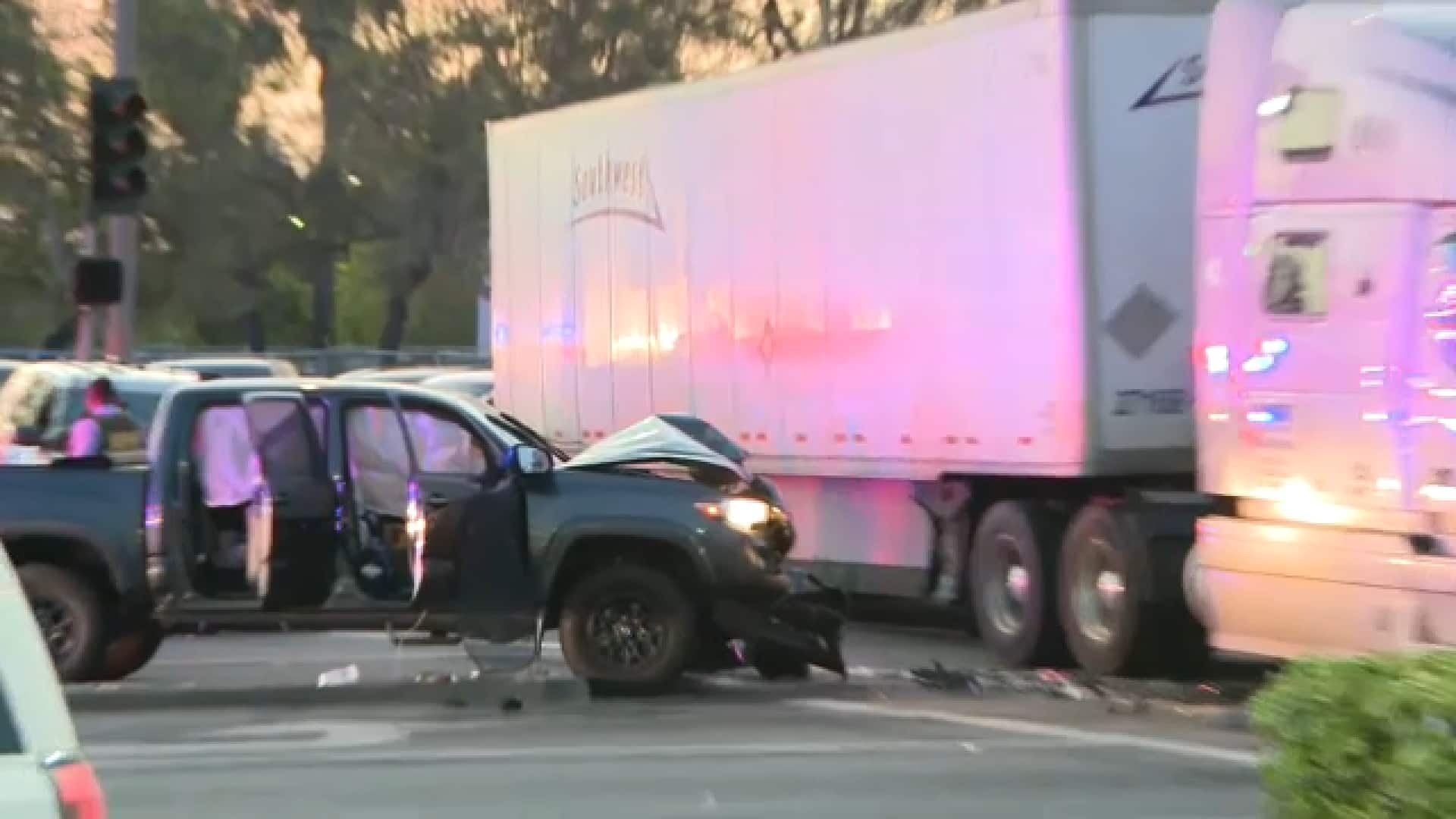 A tractor-trailer driver in California said he stopped a suspected murderer with his rig during a police chase across the southern region “to get him off the street,” he told a local FOX affiliate.

Ahmed Shabaan he was in his big-rig truck in the Pomona area on Tuesday night when he got word of the police chase – and that it involved a murder suspect – and decided to help by blocking the alleged killer’s pick-up truck as it traveled along the roadway, he told FOX 11 Los Angeles.

A murder suspect also wanted in connection with an alleged assault on a law enforcement officer crashed into a semi-truck Tuesday evening following a pursuit that stretched from San Diego to Los Angeles. (Courtesy: Mizael Cuatepotzo)

“I just thought to get him off the street,” Shabaan said. “If I didn’t, and [officers] have been behind him for that long and didn’t stop him … I have the power.”

The suspect went after one of the sheriff’s deputies before climbing into his pickup truck and driving away, according to FOX 11. The chase reportedly lasted more than two hours.

Sheriff’s department officials did not provide any additional information regarding the case in which the suspect was accused.

Police later took the suspect into custody, after the pickup truck crashed into the tractor-trailer, according to the report. Shabaan was not injured.

A passenger in the vehicle reportedly said she did not know the driver – who she said was her friend – was a murder suspect.