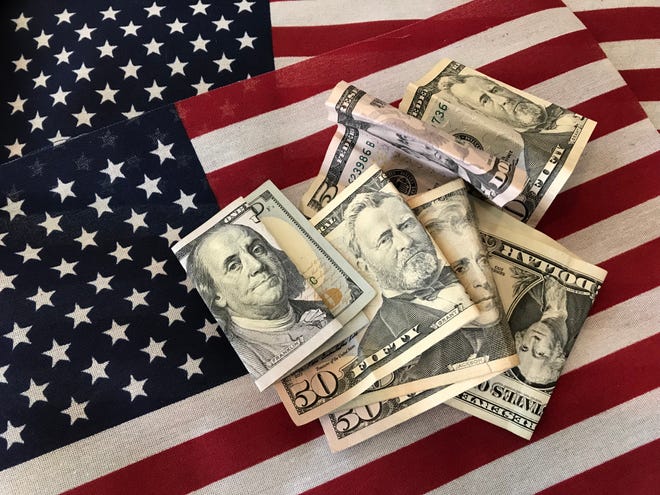 A lot of confusion relating to stimulus checks – and how to claim a tax credit for any money still owed – is triggering trouble, extra letters and delays as people file their 2020 tax returns.

The Internal Revenue Service is correcting plenty of mistakes that are being made after people plug in the wrong number for the Recovery Rebate Credit on their federal income tax returns.

“Anytime there is something new on the tax return it usually has an elevated error rate,” said Mark Luscombe, principal analyst for Wolters Kluwer Tax & Accounting. “the IRS may have a greater volume of erroneous tax returns than normal, and refunds are generally detects slowed when the IRS such errors.”

Why am I getting a letter from the IRS?

The IRS has already begun mailing letters to some taxpayers who claimed the 2020 Recovery Rebate Credit and may be getting a different amount than they expected.

“If a correction is needed, there may be a slight delay in processing the return and the IRS will send the taxpayer a letter or notice explaining any change,” the IRS stated.

From stimulus checks to Tax Day 2021:Answers to your questions about IRS changes, COVID relief and more

The agency will calculate the correct amount, if mistakes relating to the first and second stimulus payments are found on Line 30 of the 1040 or 1040-SR.

Once the correct amount is calculated, the IRS will make the correction and continue processing the return.

What kind of mistakes could I have made?

Some issues people have claiming the Recovery Rebate Credit fall into similar patterns. The IRS isn’t going to reject your return but if you’re mindful of potential errors, you could avoid some delays and disappointments.

Many times, you’ll see a smaller than expected tax refund if you don’t understand how the Recovery Rebate Credit works.

Here’s a list of what some people are doing wrong:

Luscombe said some of these errors associated with the Recovery Rebate Credit are similar to ones that the IRS has had to deal for years involving other tax breaks.

For example, he said, the IRS has long had to look for persons claimed as a dependent on more than one tax return. And the IRS regularly rejects returns for invalid Social Security numbers and frequently corrects math errors.

How much stimulus did you get?

The Recovery Rebate Credit adds another layer of complexity.

The IRS will not calculate the Recovery Rebate Credit for people. You’re going to need to figure out Line 30 when you file a tax return.

But the IRS states: “If you make a mistake on the Line 30 amount, the IRS will calculate the correct amount of the Recovery Rebate Credit, make the correction to your tax return and continue processing your return.”

Many people continue to wonder what to do if they didn’t get that second stimulus check earlier in the year. Many people don’t remember how much money they got.

Some people think they didn’t get stimulus money and then they’re shocked when they look back at their bank statements. Some saw that a direct deposit for the second Economic Impact Payment was put into their account earlier this year.

Look for letters that the IRS already sent to you, such as IRS Notice 1444 for the first Economic Impact Payment and IRS Notice 1444-B for the second EIP to document how much stimulus money you were sent.

If you threw those letters out or did not receive them, some taxpayers may be able to research any direct deposit money received by reviewing their bank statements for Economic Impact Payments.

Worried about higher taxes?:Here’s which investment vehicles to choose depending on where you think taxes are going

Some people received an IRS Notice 1444-A last fall. That notice indicated that you could need to take action to receive money. It was mailed to people who typically aren’t required to file federal income tax returns but may qualify for the first Economic Impact Payment.

When it comes to the Economic Impact Payments, money could have been sent via direct deposit, a paper check in the mail or a prepaid Visa debit card issued by MetaBank and sent in the mail. And yes, if it was lost somehow, the IRS has a method for tracing the money.

Also the IRS notes that taxpayers who didn’t save or didn’t receive an IRS letter or notice can research their individual tax information through an IRS online account. See www.irs.gov and “View Your Account Information.”

What is the Recovery Rebate Credit?

The Recovery Rebate Credit isn’t a new bunch of money. It isn’t to be used for the third stimulus payments, which began being issued in March, either.

The IRS notes that the first and second Economic Impact Payments were technically advance payments of the 2020 Recovery Rebate Credit.

Why should we be surprised, though, that so many people are confused. Most people refer to the money as stimulus cash, not an Economic Impact Payment.

Where exactly a Recovery Rebate Credit fits into the tax picture remains perplexing.

If you’ve receive the full amount for your first and second Economic Impact Payments, you should not state those amounts on your tax return. You don’t need to take any action.

But someone who didn’t receive a first or second stimulus payment – ​​and qualifies for a payment – ​​would need to claim the Recovery Rebate Credit on the 2020 tax return to get stimulus money.

That’s also true if you received less than the full amount of stimulus that you’re eligible for the 2020 credit.

Taxpayers will need to file a 2020 federal income tax return to claim the Recovery Rebate Credit if they didn’t get the money or they received less money than they’re eligible to get, such as if a child’s stimulus wasn’t included in the payout. That’s true even if you don’t usually file a tax return.

The IRS is going to review your 2020 income and household situation to determine the amount of any credit you’d be owed. Again, the credit would be reduced by any Economic Impact Payment money that was previously issued to you.

When it comes to the Recovery Rebate Credit, the IRS isn’t cutting you a stimulus check. Instead, if eligible, the IRS would put that credit toward any tax debt you owe in 2020 or toward your total income tax refund for 2020.

Not to confuse the matter further, but this latest, third round of stimulus payments is not addressed on your 2020 income tax returns.

But if you filed a 2020 return already, the IRS could make some adjustments to the third Economic Impact Payment issued to you in mid-March or later. And you could be sent extra money.

The IRS is issuing what it calls “plus-up” payments weekly going forward, as the IRS continues processing tax returns.

WHO official thanks Britain for taking risk with’first dose first’ vaccination, calls on it to share its stockpile with needy — RT UK News