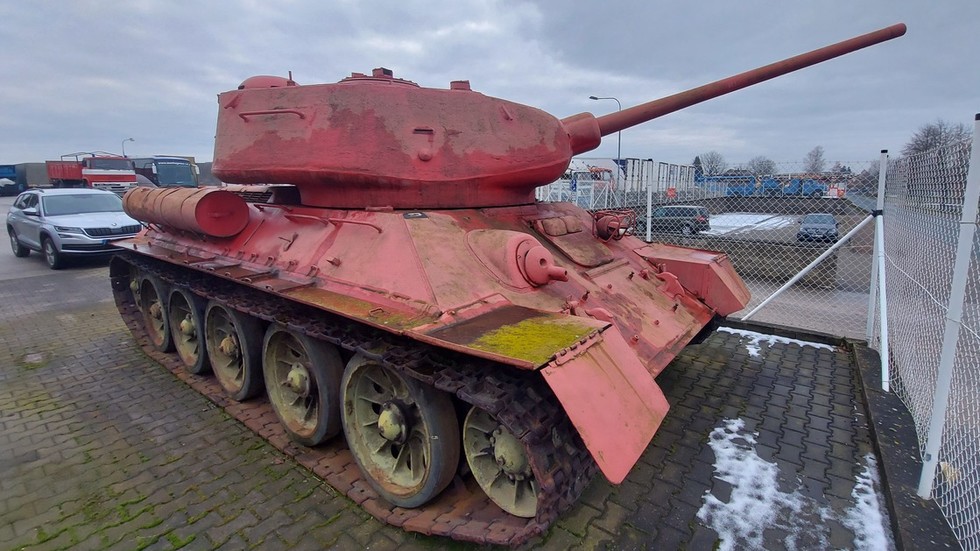 Police officers in Czech Republic were left stunned after a local man surrendered a pink Soviet T-34 tank and a self-propelled gun as part of the country’s weapon amnesty.

The police joked on Twitter that when they used a tank in a video clip to promote the policy earlier this year they couldn’t have imagined that someone would take the message so literally.

But a man from the northern Hradec Kralove region did confess to the police that he owned a Soviet T-34/85 tank and an SD-100 self-propelled artillery gun, which was made in Czech Republic in accordance with the Russian designs.

The unnamed collector of historic weaponry has been in possession of the hardware since the 1990s. He believed he owned the tank and the artillery platform legally, but wasn’t sure if they had been properly deactivated.

The police said that the menacing guns were harmless, but still found some inconsistencies in their deactivation with the current rules. The man was given time to fix those issues, so that he could keep the military vehicles in his garage.

No explanation has been provided as to why the tank was pink.


The Soviet T-34 medium tank was one of the most iconic weapons of World War II, playing a key role in the Red Army’s victory against the Nazis. The invaders called it the “Wunderwaffe” (wonder weapon) due to its sturdy armor and superior firepower, compared to the German tanks. T-34/85 is an upgraded modification of the 25-ton machine, which had been introduced in 1944.

SD-100 is the version of the Soviet SU-100 self-propelled artillery platform that the Czech Republic produced under license in the mid-1950s. The hardware, which boasted a 100mm gun, was put in service by the USSR in 1944.


The Czech weapon amnesty began in late January and will last till the end of July. It’s aimed at legalizing the arms that people possess without the required papers. But amnesty documents can only be obtained for pieces that aren’t known to have been used to commit crimes.

Of Miracles and Multiverses – The Atlantic

Myanmar: At least 114 killed in bloodiest day of protests yet