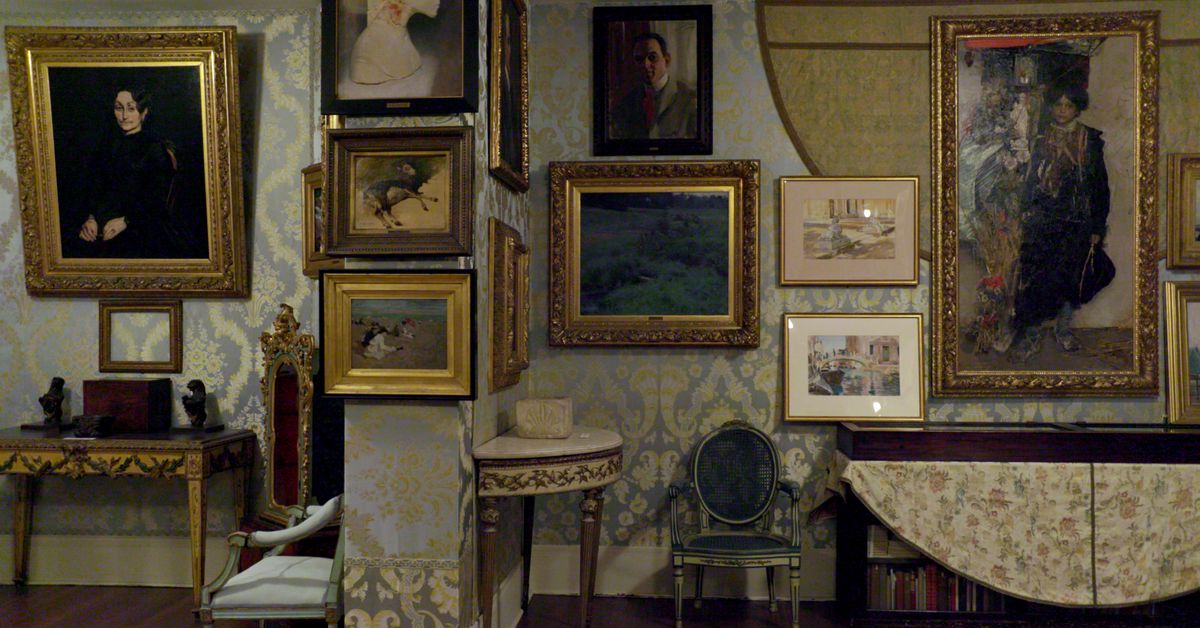 Let me say at the outset: I love art. I think we should take care of it. Don’t steal art, please.

But I must confess I also love art heists. They take two elements that seem diametrically opposed — fancy museums and gritty criminal underworlds — and slam them into each other. I love the idea of ​​guys in Hamburglar costumes (yes I know they don’t wear Hamburglar costumes) running around with Rembrandts rolled under their arms, narrowly escaping, I don’t know, the Keystone Kops. Or sleek, sophisticated movie stars in black turtlenecks swiping beautiful statues and hiding them, smiling wryly when the TV news broadcaster announces there’s been a robbery.

I just love it. Give me all of it.

Given this undeniable appeal, the 1990 theft at the center of Netflix’s new four-part series This Is a Robbery — In which 13 works of art were lifted from Boston’s Isabella Stewart Gardner Museum — ought to have made for a banger of a documentary series. One of the biggest art heists in history, it’s even better than goofy Hollywood heists, because it’s real. Real and unsolved! Nobody knows where the art is! It happened when I was in kindergarten and they still don’t know!

So it gives me no pleasure to say that I was checking my watch a little way into the second episode, and by the fourth I was actively rolling my eyes when the same gliding drone shots and archival images appeared on the screen yet again. This Is a Robbery (directed by Colin Barnicle) is not entirely without merits. But it swerves into ponderous territory far too often to capture the incredible stakes and weight of the crime it examines.

Some of the fault surely lies with the subject; after all, the art hasn’t been found, so there’s no neat conclusion to the tale. Most of the first episode is concerned with explaining what happened and acquainting us with why it matters. On March 18, 1990, during the night shift at the Gardner Museum, two men posing as Boston police offers gained entry to the museum, tied up the guards in the basement, swiped 13 works valued at around $500 million (including Rembrandt’s The Storm on the Sea of ​​Galilee and Vermeer’s The Concert), and left. They were there for 81 minutes.

But it wasn’t all Rembrandts and Vermeers; the thieves also made off with some Degas drawings, a few other paintings, a very old Chinese vase, and, for some reason, a Napoleonic eagle finial. There’s no obvious logic to what was taken , and law enforcement and the museum struggled to piece together what happened that night.

And that confusion has lingered for decades. Three full episodes of This Is a Robbery are devoted to unpacking various theories about what might have happened to the stolen art, most of which amount to wild goose chases. Initially, suspicion centered on night guard Rick Abath, a stoner with an inconsistent work record. But it didn’t seem like he’d done it, and the FBI turned its attention to various other figures who might have been involved, from noted art thief Myles Connor (who happened to be in prison at the time) to a web of characters connected to the mob.

The film sets up some great threads to tug on, but it doesn’t follow through. One is the possibility that the art wasn’t just lifted by the mob, but that the mob’s interest in art would reveal something about both Boston and its organized crime factions. This Is a Robbery traces the vast web of interlocking and clashing groups throughout the city of Boston, and spends some time establishing where and how they work. It’s hard to tell any big crime story in Boston without considering this connection. But every trail goes cold, for the FBI and therefore for the series.

There’s also the question of why a thief would lift art and then just hold onto it: The impression among some criminals, remarked upon by many of This Is a Robbery‘s interviewees, that having precious art in your possession is a “get out of jail free card” if you’re picked up by law enforcement on other charges. The idea of ​​art doubling as currency not just on the black market but within the justice system is intriguing. But it’s under-examined in the series, which raises the possibility and mostly just moves on.

The most compelling figure in This Is a Robbery, Myles Connor, also gets short shrift. He’s interviewed throughout multiple episodes, sitting in his backyard, talking wryly about the thefts he’s pulled off. He may or may not be implicated in the Gardner Museum case, but you get the sense that the story of Connor’s thefts — he says there are many more that law enforcement doesn’t know about — would be a sprawling tale with many of the same themes as this one. Is he a reliable narrator? Who knows, but I’m interested to hear more.

This Is a Robbery is most interesting when it’s looking at how the uniqueness of the Gardner Museum theft aligned with the FBI’s obsessions of the era. A hotshot FBI agent with big ambitions in the 1990s earned his stripes by arresting mobsters, giving the evening news something flashy to talk about , and those kinds of notable arrests were happening right when the heist took place. So, despite the possibility that organized crime was involved in the Gardner theft, it received less notice from the bureau and the media than it might have if it hadn’t been competing with criminals going to jail in high-profile busts. What does the circular loop between media and law enforcement, between justice and sensationalism, mean for crimes that aren’t as guaranteed to propel someone’s career forward? That’s a great question, but This Is a Robbery doesn’t dig into it.

And there’s also a broader question about art itself. Where does the value of these works of art come from? Why do people visit the museum to see them in the first place?

None of these topics are fully scrutinized in This Is a Robbery; the series is focused on recounting every cold trail, seemingly showing us why the case is still unsolved. That’s its prerogative, of course. But in the end, it feels as frustrating to watch as its central case probably was to investigate, and deeply unsatisfying, too.

I can get behind an interesting series that merely tells an interesting story moderately well. But what’s especially frustrating about This Is a Robbery, to me, is that watching it, like with my eyes, was mind-numbingly dull.

There’s not a whole lot of visual interest available to the filmmakers, which isn’t their fault. After all, they’re exploring events that weren’t captured on camera and art that isn’t there. They fall back on conventions that are now standard in documentary series, particularly, it seems, on Netflix: brightly lit interviews, drone shots that establish locations, and blurred-out recreations intended to make us think we’re seeing a hazily remembered series of events. To this bag of tricks , This Is a Robbery adds a couple of maps of Boston showing where the art might have traveled in different scenarios, demarcated by red lines. Did it go to Quincy? Dorchester? Red Hook? Nope. The line retracts.

What’s exasperating is that — aside from establishing what the missing artworks look like, with the inevitable limitations of a TV screen projecting a digital reproduction of a masterwork — This Is a Robbery gives us almost no reason to look at the screen, ever. Various shots are repeated with such frequency that I briefly wondered if I’d inadvertently rewound an episode. A cardinal rule of any visual medium is that something should be happening, visually, to justify asking us to fix our eyes on it. But This Is a Robbery never does. It is, to bastardize a Hitchcock quote, a podcast with pictures.

I’d welcome a podcast on the Gardner Museum case; it might make a terrific story (and the rich spectrum of Boston accents on offer would make it an audial delight, too). As it is, This Is a Robbery blends into the background-watching programming that Netflix is ​​deftly turning out, something to throw on and half attend to while doing chores or scrolling through Instagram.

Not every documentary has to be a visual masterpiece; it would be ridiculous to insist on that. But it doesn’t seem too out of line to ask that a series about the pilfering of some of the greatest artworks in history attempt to honor them at least a little bit by producing something worth looking at. If you’re going to ask an audience to watch something, give us images to justify that request. And if you can’t, why bother making it at all?

This Is a Robbery is streaming on Netflix.