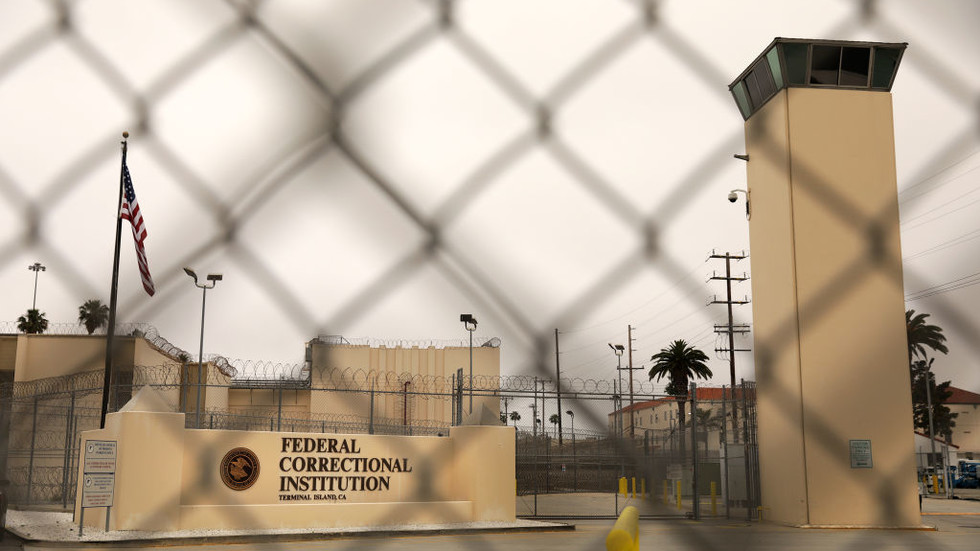 US officials have started approving requests from transgender inmates asking to be transfered between male and female jails. With over 260 such requests received, the move is reportedly opposed by other prisoners and officers.

The California Department for Corrections and Rehabilitation (CDCR) has approved 21 requests from inmates who asked to serve their terms at male or female facilities based on their gender preferences. This year, 261 such requests have already been received, and four transgender inmates have been transferred to Central California Women’s Facility in Chowchilla, a CDCR spokesperson confirmed to US media, adding that transfers have been slowed down due to Covid-19 precautions.

According to deputy press secretary Terry Thornton, 255 requests came from transgender women and non-binary incarcerated people, requesting to be housed in a female institution. Only six are from transgender men and non-binary people wanting to be moved to a male institution, she told the Daily Caller News Foundation (DCNF). Not a single gender-based housing request has been denied, the official confirmed, adding that two inmates whose requests for transfer had been approved then “changed their minds.”

Also on rt.com
I’m all for equality, but locking up biological males in women’s prisons because they say they’re trans is obviously a bad idea


The move, permitted by a recent law signed by Democratic California Governor Gavin Newsom in January, is now reportedly opposed by prison workers, mainly female officers. Speaking to KTXL television in Sacramento, an officer said she and her colleagues were not “comfortable“With the changes.”You’re ordered to go strip out this inmate in a secure room… it takes your power away,” she said, adding: “Where’s the boundaries? Boundaries are gone.”

Prison officers are forced to follow the new rules under fear of reprimand from administration, the media reported. Citing an internal prison email, it said that if female staff refuse to perform a strip search of a transgender inmate, they “will be given a direct order by the supervisor to perform the strip out and if they still refuse, that supervisor will author a memo and provide it to the facility captain in regards to insubordination.”

Fears of a possible increase in sexual violence at correction facilities have been reportedly expressed by female inmates as well. There are concerns that some male inmates could “infiltrate“Female facilities under false claims of gender identity.”How do we determine who really are transgender inmates coming into the prison system… [women here] are afraid that male inmates will infiltrate this prison system and cause problems,” one of the inmates told the Los Angeles Times.

“I do think [transgender inmates] should be safe, but it infringes on my right to be safe as well,” added another term-serving woman, who previously survived domestic violence by a man.

The controversial bill that allows inmates to choose a male or female prison based not on anatomy but rather on “individual’s preference”Concerns over 1,100 California prisoners identifying as transgender, intersex or non-binary. The number makes up just over one percent of all inmates in the state, which has one of the largest US prison systems. To implement the law, several million dollars was requested from the budget, according to CDCR. Connecticut and Massachusetts have similar legislation.

The California bill is in line with President Joe Biden’s policy. He has widely supported the LGBTQ community. Since his first days in the office in late January, the Democrat president has already penned several gender-related laws, including cancellation of Trump’s ban on transgender recruits in the military, and extended federal non-discrimination protections to members of the community.

The 9-Finger Goblin (Sara Lihong Wei) Is a Big Liar, Who Together With VOG Have Done Tremendous Harm to Our Fellow Fighters – GNEWS