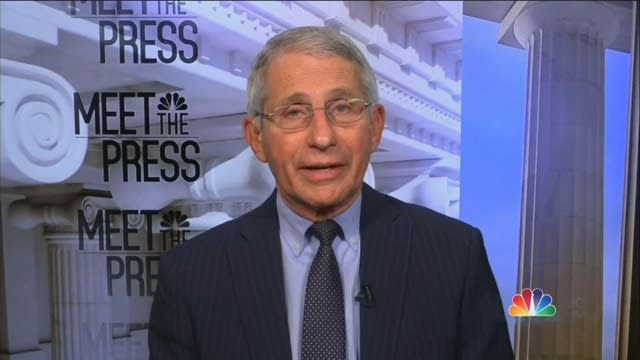 The nation’s top infectious disease expert struck a cautiously optimistic chord on Sunday, saying that he doubts “very seriously” that the Johnson & Johnson coronavirus vaccine will be canceled outright in the United States after federal health agencies called for a pause on the vaccine’s rollout last week.

Following reports of six blood-clot cases among people who had received the J&J shot, the Food and Drug Administration recommended a temporary halt in administering the vaccines as regulators examined any possible link between the vaccines and the disorder. At the time of the pause, federal health officials said the rollout of the J&J vaccine could resume within a matter of days.

During appearances on both NBC’s Meet the Press and CNN’s State of the Union on Sunday, Director of the National Institute of Allergy and Infectious Disease Dr. Anthony Fauci said that it was all but a certainty that we should know the state of the Johnson & Johnson shot by the end of this week.

“I think by Friday we’ll know which way we’re going on this,” Fauci told NBC anchor Chuck Todd. “Hopefully we’ll get back on track. But I don’t think there’s going to be anything that’ll linger beyond that.”

Todd pointed out that European regulators have dealt with a similar situation with the AstraZeneca vaccine, noting that it uses the same technology as the J&J shot and has also been tied to rare instances of blood clots in a certain segment of the population.

“Could you have made a designation that was a bit more narrow?” Todd asked. “Why not make a specific group on the pause rather than the entire population?”

“We did not have enough information to make a narrow restriction off the bat,” Fauci responded. “When we get more information—and that’s what we’re talking about Friday—it may be by the time you get to Friday that they will say,’Okay, we’ve looked into it now. Here are some of the restrictions.’ But I think it would have been too early to have restrictions without looking more closely at it.”

Eventually, the Meet the Press host confronted White House’s chief medical advisor on the likeliness that the J&J shots will be rolled back out and whether there would be any restrictions if they’re made available again.

“What’s more likely: that we will still use the Johnson & Johnson vaccine with some restrictions or is it very possible we don’t use it at all?” Todd wondered aloud.

“I can give you my estimate. My estimate is that we will continue to use it in some form. I doubt very seriously if they just cancel it. I don’t think that’s going to happen,” Fauci replied.

“I do think that there will likely be some sort of warning or restriction or risk assessment,” he continued. “I don’t think it’s just going to go back and say,’Okay, everything’s fine. Go right back.’ I think it’ll likely say,’Okay, we’re going to use it but be careful under these certain circumstances.'”

Fauci also addressed the growing vaccine hesitancy among Americans, especially conservatives. CNN host Dana Bash brought up a recent poll that found 43 percent of Republicans don’t want to get the vaccine, asking Fauci how frustrating that is for him.

“It’s almost paradoxical that on the one hand, they want to be relieved of the [coronavirus] restrictions, but on the other hand they don’t want to get vaccinated,” he sighed. “It just almost doesn’t make any sense.”