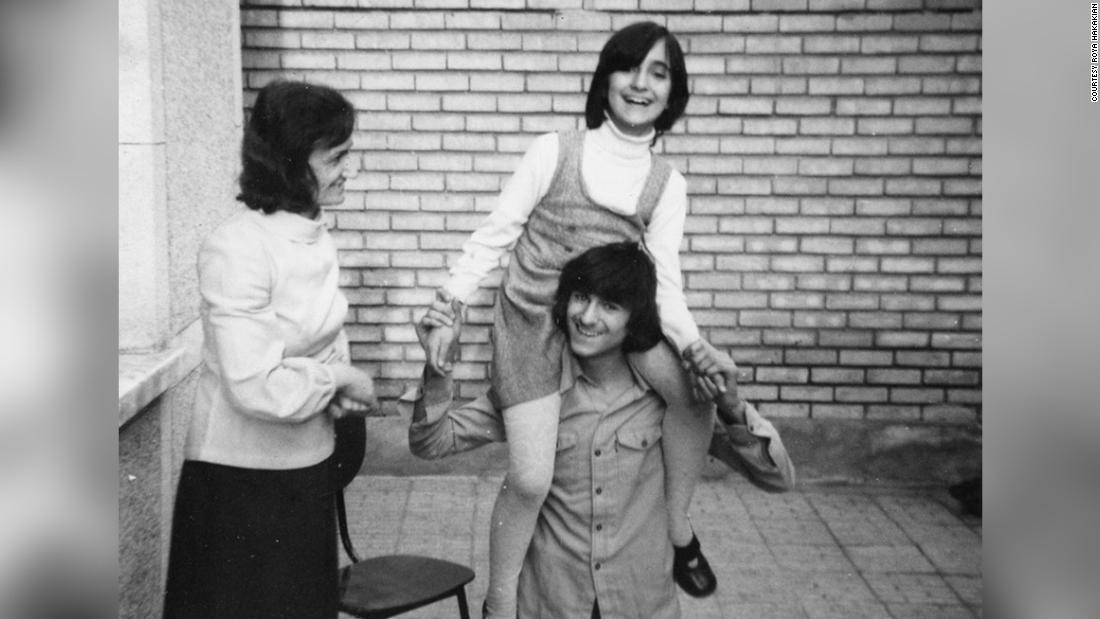 Keeping you in the know, Culture Queue is an ongoing series of recommendations for timely books to read, films to watch and podcasts and music to listen to.

Imagine searching for “traces of Americanness” as an immigrant first arriving in the US, and four name tags seen in the airport stop you in your tracks.

This was true for author Roya Hakakian, who was 19 when she and her mother fled Iran in the 1980s. In her new book “Beginner’s Guide to America: For the Immigrant and the Curious,” Hakakian paints a picture of what it’s like to leave everything you know behind and try to build a life in the US – including those earliest moments in airport customs, when she was almost too taken aback by what the agents were wearing to notice their scrutinizing questions.

“Pinned on the flap of the chest pockets of the officers guiding everyone are name tags -‘Sanchez,”McWilliams,”Cho,”Al-Hamed’ – and, by God, all of them Americans!” she wrote.

“If jet lag has not clouded your senses, you will instantly recognize this to be the surest sign of America. In the monochrome life you just left behind, such a motley human landscape would have been unthinkable.”

‘The ABCs of American peculiarities’

Recalling her earliest days in America, Hakakian, now 54, said in a phone interview, “I was just disoriented in every possible way.” And, she joked, it wasn’t just the jet lag.

“Nothing looked like anything I had ever seen,” she said. “It was like walking through a fog for weeks and weeks until the fog slowly began to lift.”

Looking back, Hakakian said she wishes she’d had a guide explaining all the intricacies of American life, including navigating the all-American shopping experience, where she quickly learned that haggling was – at least in most shops and supermarkets – a no -go.

In her new book, Hakakian ambitiously sets out to provide such a guide, detailing the US immigration experience step-by-step, as if she were explaining it to a friend. With chapters on topics such as understanding American television and the difficulties of writing a job résumé, Hakakian expertly breaks down what she calls “the ABCs of American peculiarities” and what it can be like to contend with them as a newcomer.

How the immigrant perceives America

While “Beginner’s Guide to America” ​​aims to serve as a newcomers’ manual, with practical information and acute observations about American life, Hakakian also wrote it with US-born readers in mind.

She hopes non-immigrants will pick up her book and come away with some inkling of what it’s like to seek refuge in the US and pursue the American Dream.

Ultimately, Hakakian said her book is about restoring “the humanity back to the immigrant,” particularly at a time of national focus on the US-Mexico border.

“No matter how much we have covered the story…we have not done the story of that psychological, emotional, experiential cataclysm that comes along with (immigration) justice,” she said.

Hosted by social entrepreneur Saadia Khan, this weekly podcast explores issues of race, heritage and identity – including accent bias and statelessness – with the aim of deconstructing “archaic stereotypes” around what it means to be an immigrant or the descendant of one.

Read: “This Land is Our Land: An Immigrant’s Manifesto” by Suketu Mehta (2019)

Mehta shares his own experience immigrating from India to New York City as a teen, as well as insights gained as an international journalist, as he makes the argument for why the US has much to gain from accepting more immigrants.

Directed by Christina Clusiau and Shaul Schwarz, this Netflix docuseries provides an eye-opening look into the work of the US Immigration and Customs Enforcement (ICE) agency – the unit tasked with overseeing immigration arrests and removals in the US – during the Trump era.

This podcast highlights the human stories behind the push and pull factors – which motivate someone to leave a place or draw someone toward a place, respectively – that drive immigration around the world, including stories of migrants, asylum seekers and refugees who have made the journey to the US.

This anthology features 26 personal essays from writers and personalities in America exploring what it means to be a US immigrant, with stories tackling questions around race and identity. The book is a follow-up to acclaimed British anthology “The Good Immigrant.”